I should start by saying this is not an exact clone. I tend to make tweaks to any recipe I find or want to try in some attempt of making the beer my own. Not to say that my changes are improvements over the original. I can’t imagine that being the case, especially for this recipe since Modern Times make such amazing beer.  They are also cool enough to put their recipes out there on a BeerSmith page free to anyone who wants to try to brew them.

Last year I attempted to brew a couple of different Red IPA’s and I wasn’t happy how either of them turned out. I found them to be too sweet and that masked some of the hop presence. They both had some amount of crystal malt in them, something I’ve eliminated almost entirely in brewing hop forward styles. They weren’t terrible by any means, I simply wanted a more hop forward, malt restrained version of a Red IPA.

Not long before brewing this I came across the BeerSmith page linked above when I was trying to decide what to add to my list of beers to brew. A hoppy amber/red IPA seemed like a good choice for the winter.

So with a year more experience and knowledge under my belt I decided to tackle this style again and apply some brewing techniques I use for NE styles. That means using flaked oats in the grist, fermenting with LAIII and dry hopping on day 3 and 7. Otherwise I tried to follow the basic outline of the Blazing World recipe. I did decided to swap out the Simcoe for Equinox, I felt it would play well with the Nelson and Mosaic and I turned out to be right.

I was a little concerned prior to brewing this that the haze from a NE technique may take this beer murky with the relatively high SRM. Luckily that didn’t turn out to be the case. Although I would make a couple of small changes to this beer it turned out well, it’s certainly the best Red IPA / hoppy amber I’ve made thus far.

Brew day went as expected, hit my pre boil and OG which is always nice. 60 minute boil. Dry hopped on day 3 and 7, kegged on day 11. 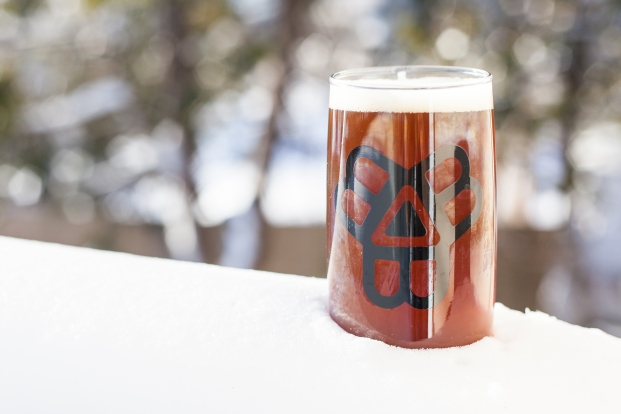 Appearance: Pours with a white head, 1/2″, which fades to a thin ring. Dark amber in colour.

Taste: Moderate to high intensity hops, as in the aroma, dank and tropical mostly with some fruit as well. Finishes clean with a firm bitterness.

Overall: I am still enjoying this beer, when I brew a red IPA again I would use a very similar recipe. I would likely just drop the Carafa entirely as I would like this to be a little lighter in colour. I would also drop the IBUs to around 55-60 to temper the firm bitterness this has. Otherwise I’m happy with how this turned out and I can recommend trying it yourself.