For the last couple of years in early December I’ve brewed a black IPA, it’s a style I like to have on tap around Christmas. So, not wanting to break from tradition that’s what I did again this year.

Yes I know. NEBIPA isn’t a “thing”. But I felt it was at least some what appropriate considering how I decided to brew this. Lately I’ve been brewing NE styles almost exclusively. So I thought I’d try something different and apply some of those techniques towards a black IPA.

Even though this is my third “annual” Black IPA, I have brewed a few of them prior as well. Usually I try to have a present but restrained roast profile with citrusy hops and light to moderate bitterness. But I rarely brew the same beer twice, I always want to modify a recipe in some way. Last year I kept nearly everything identical from the year before, but I fermented the beer with a Brett strain and it turned out pretty well. I have no comparison for a Brett Black IPA but I enjoyed it.

As I already mentioned I have been brewing mainly NE styles lately so I wondered how a Black IPA would turn out if I applied some of those techniques. I decided to keep my previous grist fairly consistent except I substituted some of the base malt for flaked oats. I used my go to LAIII and kept my dry hopping schedule of approximately day 3 and day 7.

I was a little concerned prior to brewing that this would look like black mud in a glass due to the haze from a NE style. This did turn out hazy but it was surprisingly not murky which I’ve read can easily happen when your SRM gets too high using the techniques listed above.

I have found that a Black IPA can be a little fickle to brew, or at least for it turn out as you want it to. I like a little more bitterness than my usual hop forward styles and trying to balance the right amount of roast to hop character can be an issue. This beer did turn out pretty well, it was a bit more fruity than citrusy but still quite tasty. This could be in part from the choice of LAIII.

* Dry hop additions were split. Half on day 3, the other half on day 7 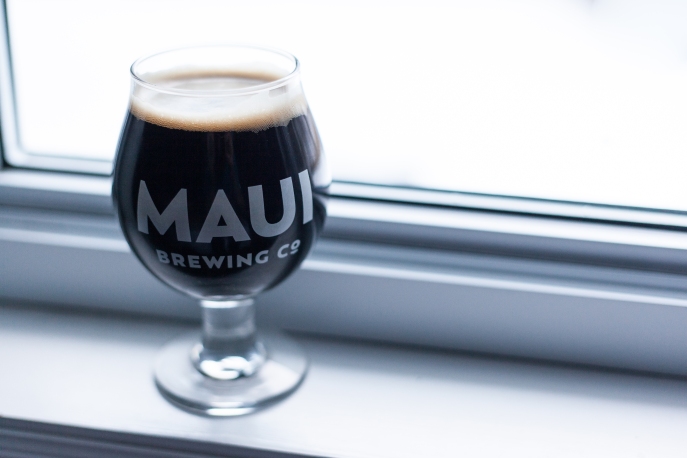 Appearance: Pours with a tan head, 1/2″ which fades to a thin layer. Deep black in color.

Overall: I’m quite happy with how this turned out. I ended up with more fruit character than I expected and less citrus which I prefer in a Black IPA. This could be partially due to the choice of LAIII. I like the level of roast, its present without being overbearing. I’ll likely tweak this again next year when I brew it prior to Christmas but I feel like this is getting dialed in to my preferences.

2 thoughts on “Brewing a NEBIPA”